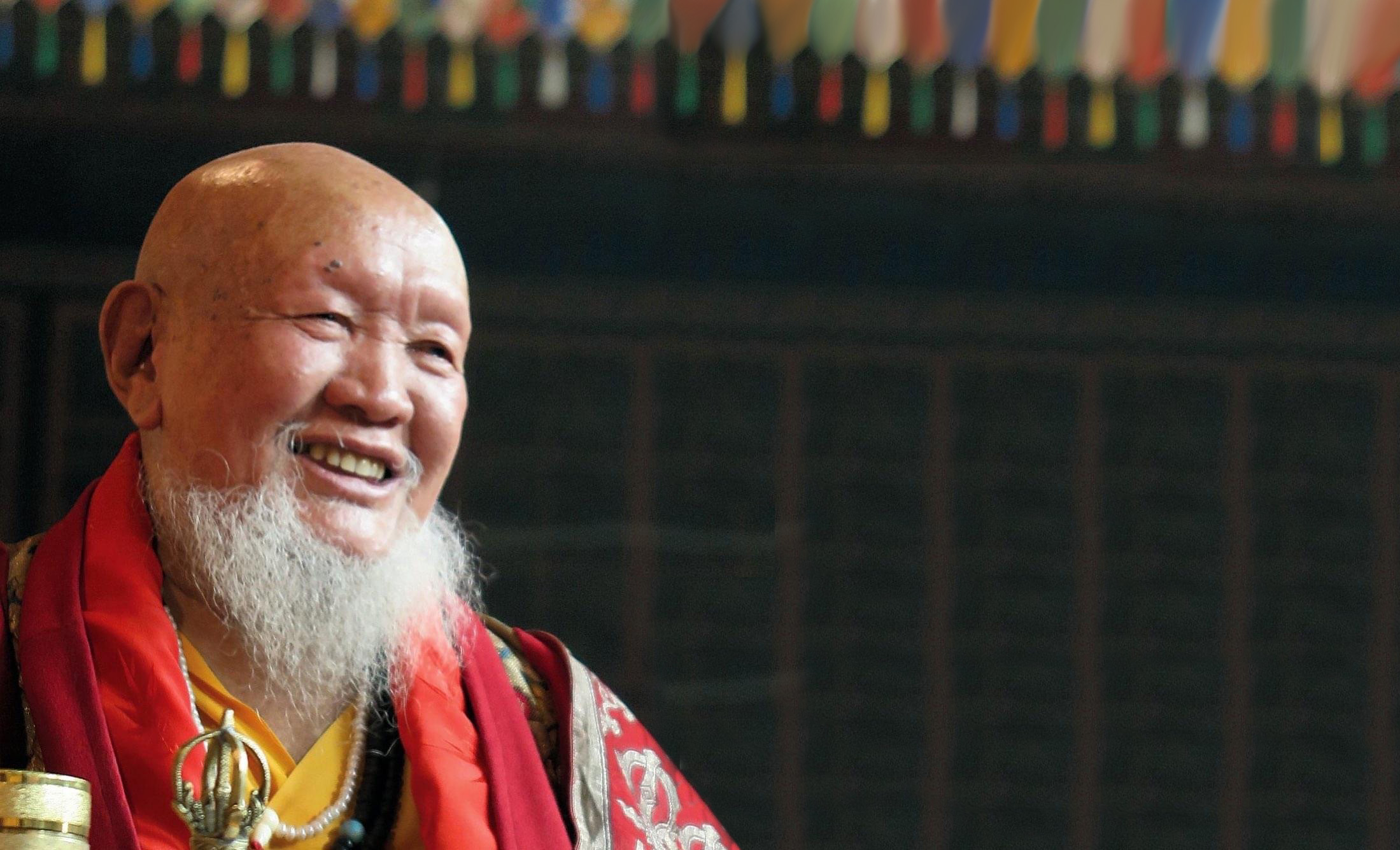 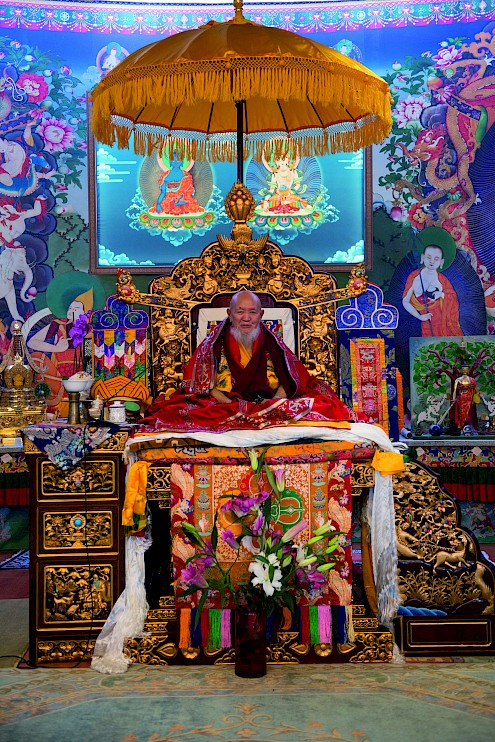 Lama Gangchen was born in Western Tibet in 1941. At the age of four he was recognized as the reincarnation of a long and uninterrupted lineage of Lama healers and tantric masters. In Tibet he received the philosophical and spiritual education transmitted to reincarnated Lamas and the titles qualifying them as holders of the Tibetan Buddhist tradition and as healers.

In 1981 Lama Gangchen visited Europe for the first time. Since 1982 he has travelled extensively healing and teaching in Europe, Asia and the Americas and has established many centres world wide.

Lama Gangchen lived in the West for four decades, tirelessly working to create a reciprocal exchange between the East and West and for the preservation of ancient cultural and spiritual traditions, as well as for humanitarian aid dedicated to those less fortunate.  He worked as a peace messenger traveling thousands of miles each year from the East to the West to spread his message of  inner peace and non violence and the urgently needed values to create a more enlightened and humanistic society.  He has been called the Lama Marco Polo from the East.

In 1992 he founded the Lama Gangchen World Peace Foundation, a United Nations affiliated Non Government Organization - ECOSOC, which is dedicated to humanitarian services. The foundation has numerous branch organizations world-wide.

Since his arrival in the West Lama Gangchen dedicated his activities for the promotion of World Peace and has received innumerable invitations worldwide to participate in conferences and events for inter-religious dialogue, environmental care, peace education, traditional medical cures, psychology  and other fields.
He has received numerous international recognitions for his work worldwide.

He promoted inter-religious dialogue and inter-cultural exchange for overcoming national, racial and religious differences for international friendship and global harmony through the proposal for a “United National Spiritual Forum for World Peace”.

He met with prominent personalities such as heads of state, ministers, religious leaders and celebrities, to name just a few:  H.H. The Pope John Paul II, Mother Teresa of Calcutta, The Secretary General of the United Nations Mr. Boutros Boutros Ghali and Mr Kofi Annan and so many others.

T.Y.S. Lama Gangchen has published numerous books dedicated to spiritual research. In particular, he teaches the NgalSo Tantric Self-Healing practice, which is based on the traditional Vajrayana Buddhists methods to help us reconnect with our innermost pure Self-healing energies and thus to cultivate inner peace and harmony. He also produces audio and visual material to spread the message, sounds and images of peace.

He will always be remembered for his warmhearted openness and for his untiring attention to anyone who sought his help and advice.